Ready, set, go … with the parallel turn! After the basic technique of the snow plough, the next exciting challenge awaits skiing beginners: the parallel turn. Here you swing through the snow while maintaining your skis in parallel position. This way, you glide down the ski slope elegantly and much faster than in plough position.

In contrast to the snow plough, the parallel turn requires the skis to be kept, as the name suggests, in parallel position. The skier’s legs are kept slightly apart in order to ensure sufficient mobility. It is also important to keep one’s knees, as well as one’s hips and ankles slightly bent, so as to maintain a stable posture and to absorb any bumps on the slope.

To initiate a parallel turn, the skier begins by tilting the skis towards the valley – i.e. the pressure is taken off the edges that are pressed hillside, whereby the angle between the skis and the piste is reduced and the skis automatically turn downwards in the direction of the valley. Here, the skier shifts his or her body weight onto the downhill ski: The knees are then pushed back towards the mountain and the weight is shifted onto the downhill ski. That way, the ends of the skis drift apart and the turn is ridden out. In this instance, it is particularly important that both skis, which are kept in a parallel position, are turned at the same time.

The better one can carry out the correct motion, the more fluid the parallel turn looks. As soon as the technique for parallel turning has been perfected, the movements melt into one another and it becomes harder to tell where one turn ends and the next one starts.

The friendly ski resort of Obergurgl is located an hour away from Innsbruck and has plenty of excellent blue slopes for skiers to practice their newly-learned parallel turns:

The correct use of the ski sticks 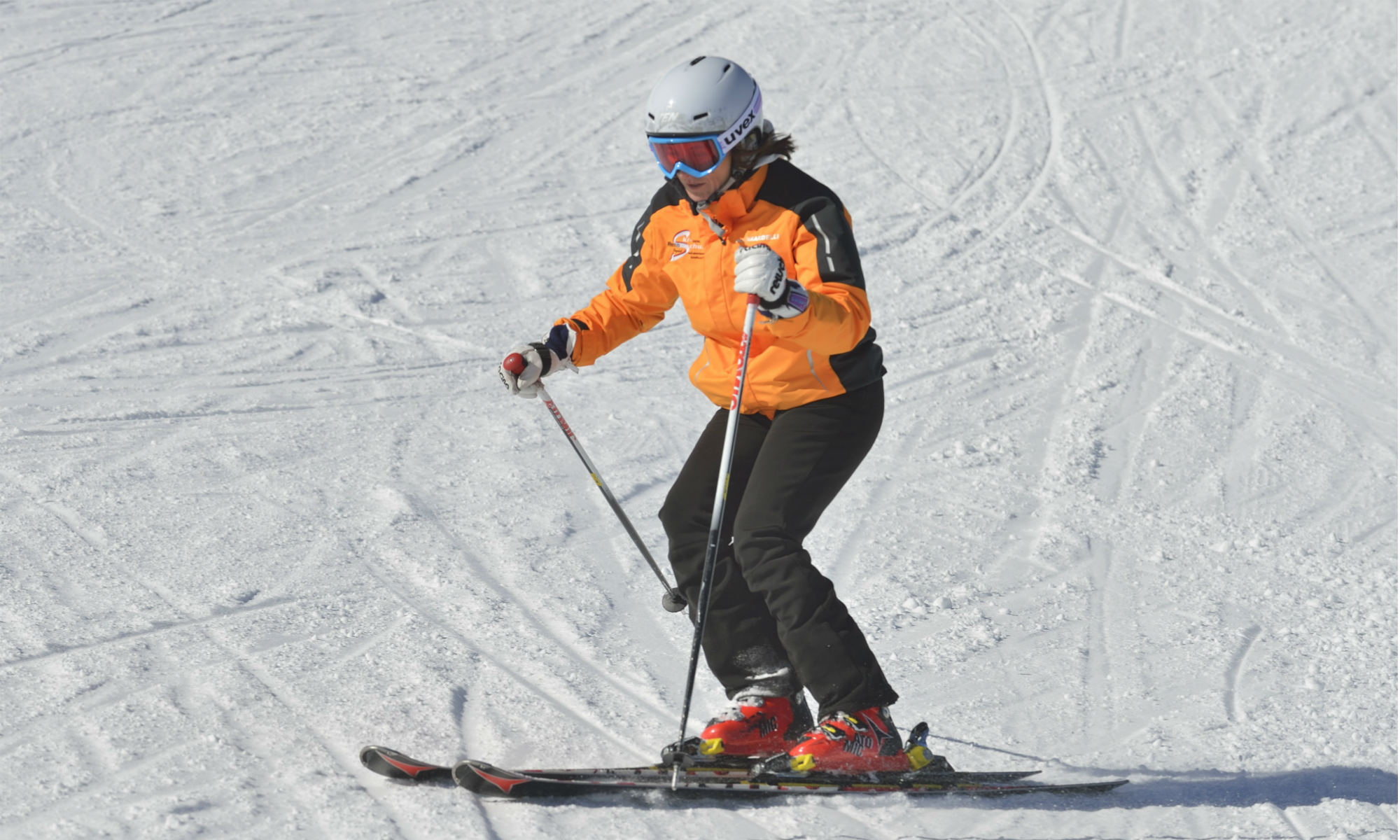 Using ski sticks can help support your rhythm and balance[/caption

CheckYeti is number 1 for booking outdoor activities and we like to introduce you to the fun experiences Europe’s beautiful nature has to offer. Discover many new activities ideal for beginners and families from coasteering to hot air ballooning, paragliding and zipline. Moreover, find many suggestions & useful tips for popular activities like skiing, snowboarding, rafting, canyoning, surfing and scuba diving.

Thanks to many happy customers, our local partners and the experience of our bloggers, we gathered a lot of knowledge about the most exciting activities for your holiday in Europe. Get tips for the best places to do the activities and all the infos you need. Thanks to our cooperation with local partners, you can get in touch with locals and hear their stories.

Whether you love the cold or mild temperatures, there is always an activity to try that will make your holiday unforgettable. Still haven’t decided where to go on holiday? Be inspired by our blog and read our articles to find out more!

For me, skiing is the perfect combination of spending time with family and friends, exercise, and outdoor bliss. What more would you want?